Alion Science and Technology Corporation announced this week that they have acquired virtually all the assets of LogConGroup, Inc., a firm providing logistics and identification technologies as well as program management. The terms of the deal were not disclosed.

Based in McLean, Virginia, Alion provides a wide range of technology solutions to both the government and private sector, including IT, engineering, and naval architecture. An employee-owned company, Alion was formed in 2002 when employees of ITT Research Institute purchased ITT's assets. Alion now ranks among the top 100 largest federal government contractors, and their revenue for 2006 totaled $508.6 million. Almost 75% of Alion's 3,500 employees hold security clearances“”a good indication of Alion's focus on classified government projects.

Rick Meidenbauer, Alion Spectrum Engineering Group Manager, stated that the acquisition would allow Alion to increase their capabilities and presence in the high-value asset identification and tracking market. He added, “LogConGroup's capabilities to track Class V munitions and other high-value military and commercial assets mesh well with ours, so we can support and help expand their current work with the resources of a much larger technology innovator.“

The founder of LogConGroup, Paul J. Ricciuti, echoed Meidenbauer's words, saying, “We are actively engaged in providing logistics transformation and emerging logistics technologies for all Joint and Army Depots. As part of Alion, we can extend our service capabilities to existing and new Alion customers. Culturally, we believe it's a great fit, and we expect to make the transition quickly.“

Just last year Alion snapped up assets of Anteon International in what Washington Technology rated the second largest mergers and acquisitions deal of 2006. How large, you ask? Oh, the tidy little sum of $225 million. (How many double mochas would that buy? Enough to caffeinate you to Mars and back.) An aggressively growing company, Alion continues to add to its fold. Keep your eyes peeled for whatever Alion pulls out of the bag next“”or should I say, puts in. 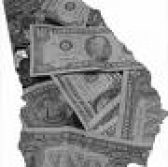