Already a strong presence on Facebook, MySpace, and Flickr, Obama recently joined LinkedIn, the social network site aimed professionals looking to expand their networks in a particular field. Using LinkedIn's Q&A feature, Obama posed a question to the broader LinkedIn audience, asking “How can the next president better help small business and entrepreneurs thrive?“ The question generated over 1,500 responses from entrepreneurs of every stripe. The Obama camp plans to use the responses to formulate future policy initiatives.

The move into LinkedIn is the latest in a series for the Obama campaign that has employed web 2.0 tools in a variety of ways. The candidate's homepage features links to no less than a half dozen web-based tools, from his YouTube videos to his Facebook profile.

Critics who may have discounted Obama's over 170,000 My-Space friends as those unlikely to vote, or Obama's photos on Flickr photos as merely window dressing, may raise an eyebrow as his presence on the popular LinkedIn is likely to tap an older, more politically motivated demographic.

“LinkedIn is proving to be an effective place to get quality advice and influence others,“ Dan Nye, LinkedIn’s chief executive said in an recent interview with Yahoo! News.

The internet is an important focus for all candidates, but especially Obama who received over a quarter of all first quarter 2007 fundraising dollars online.

Look for Obama to pose more questions to the LinkedIn community, as well as other candidates to follow suit. 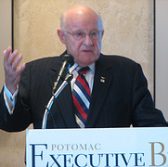