ExecutiveBiz, the Washington DC area's premier executive group and eMagazine, has compiled a listing of our top ten new at the top government contracting executives. We've chosen these 10 individuals because they have a demonstrated track record of success, arrive at a time when their current employers are in the midst of aggressive growth and expansion efforts, or will be succeeding some of the most well-known and respected names in the business.

While some of the names may be recognized from previous positions, the current roles represent new challenges. For example, BAE Systems kicks off 2008 by absorbing MTC Technologies Inc. in a recently announced $450 million acquisition; SAIC will be assisting the Space and Naval Warfare Systems Command of San Diego with program management services under a new contract worth as much as $70 million over five years.; and SRA International will be looking to remain a desired spot for top talent after being named by Fortune Magazine as one of the 100 best companies to work for in 2007.

We hope you will join us in the coming year in watching these elite executives perform in one of the world’s most competitive arenas: Government Contracting.

With a career that has put him in just about every global hot spot on the map, few enter the executive hot seat with as many tried and tested skills as Hillen. From his time in the Army as a paratrooper and with Special Ops; to his role as head of the defense and intelligence business at AMS; and most recently a stint as Assistant Secretary of State for Political-Military Affairs, Hillen is poised to make Global Strategies Group a name to watch in 2008.

When an executive assumes the position from a man known around town by a single name ““ Renny ““ you know that you are following a true institution. Dr. Renato DiPentima spent 12 years at SRA, growing it past the $1 billion mark and establishing the company as a top area government contractor.

Now past the $1 billion revenue threshold, SRA is looking for even more growth, and Sloane’s deep and balanced military and private industry experience – most recently as EVP at Lockheed Martin – makes him ideally suited to drive it.

The $20 billion technology services industry leader started modestly with a $1,000 investment 44 years ago, (try and match that ROI Google!) and even today considers itself a company of “ordinary people, extraordinary achievements.“

In taking over the helm of EDS' public sector business from Jim Duffy, Dennis Stolkey will look to preserve the firm's everyman (and woman) approach while deepening and extending relationships with federal, state and local government clients, and senior military officers.

While Stolkey is new to his current post, he is no stranger to EDS employees after serving as Vice President in several strategic areas of the company. Stolkey joined the company over 20 years ago, and is now leading the charge for government business.

When Jim Ballard stepped down as president of Perot Systems Government Services last month after five years with the company, he could look back on a period of rapid growth for the Unit, which currently accounts for more than $550 million of annualized revenue and employs more than 3,300 associates.

But, as Ballard pointed out in the news release announcing his retirement, the Government Services Division is in highly capable hands with Eugene “Lee“ Carrick taking over as president. While Carrick most recently served as EVP for National Security at Perot Systems, he brings plenty of Federal experience to bear after 26+ years working in the intelligence, defense and civilian markets.

Carrick can point to his success directing the $480 million federal IT division at Northrop Grumman as indication of the growth and financial results he expects to deliver in his new position.

With more than 11,000 employees, the Intelligence, Security and Technology Group that Prior led before becoming COO is not only the largest line organization at the San Diego-based company, but one of the largest support organizations in the entire intelligence community.

Now, as COO, Prior elevates to the company's highest-ranking Washington, DC-area executive position, where he will focus on delivering top- and bottom-line growth and to fulfill the goals set out in the initial public offering. With a strong background in financial controls and functions, Prior will seek to extend the results he achieved for the Intelligence, Security and Technology Group across the entire 44,000-employee organization.

While Prior is ascending the ranks at SAIC, the man who had previously occupied that very COO seat is now CEO of QinetiQ North America, an international defense and security technology company spawned in 2001 from the British government's Defence Evaluation and Research Agency.

Since Andrews took over North America operations ““ which are run out of McLean, Virginia ““ QinetiQ has become an increasingly familiar name attached to large contract wins. The firm's public sector business has grown both organically and through acquisition ““ most notably Apogen Technologies, Westar Aerospace & Defense Group and Foster-Miller, and former CIA Director George Tenet joined its Advisory Board in October 2006.

One could argue that a successor's ability to execute quickly and effectively is tied to the quality of the succession plan put in place. CACI Chairman and former CEO Jack London understood this better than most, which is why he devoted tremendous time and energy to identifying the right leader to carry CACI forward when he stopped down last year.

For London, that leader was Paul Cofoni, and the two men worked hand in hand for the two years after Cofoni arrived from CSC in 2005. CACI ““ like many other contractors ““ aspires for the tier one status. And since arriving from CSC, Cofoni has led that charge, eschewing smaller deals in favor of $100m+ contracts and working to ensure that CACI assembles the resources and personnel required to service those large bids.

In his role as CEO for the $27 billion global aerospace and defense company; in addition to serving as President and CEO for the Company's wholly-owned U.S. subsidiary that employs 53,000 employees, there is little doubt that Havenstein taps into every bit of his 24 years of experience in the defense industry. As referenced, BAE Systems recently got even bigger with the acquisition of MTC Technologies, which allows the firm to expand its service lines and grow business in six core markets.

In what can be the clubby, male-dominated world of government contracting, Stacy Mendler has stood out ““ not for her gender but for her genuine accomplishments. Mendler, the company's first COO, has managed execution of corporate strategy for the company through tremendous growth achieved organically and through acquisitions of firms such as Anteon and LogConGroup.

Mendler ““ and Alion ““ moved front and center in 2007 with numerous awards and contract wins. The employee-owned technology solutions provider has grown significantly since its formation in 2002 when roughly 1,600 employees of the IIT Research Institute (IITRI) – founded in 1936 – purchased the majority of assets of IITRI, creating a 100% ESOP-owned company. By the end of 2006 the company registered over one-half billion in revenue and the employee head count totaled 3,500.

There are many roads that lead to the C-Suite of government contractors, and as Ed Casey has proven, not all take a long and winding path through the Defense, Federal and Intelligence communities. Casey joined Serco after 25 years as a growth-oriented business executive and entrepreneur. As a managing director with UBS Warburg and at a private equity fund, Casey brought in the financial chops to assemble a financially-sound, growth-oriented business plan ““ and he has been executing it ever since (no surprise that Serco ranked #10 in price-to-earnings ratio for the Washington Technology 2007 Top 100 List).

Serco provides IT services to civilian and defense agencies that often go beyond the traditional contractor work, and Casey's focus has been on not only integrated previous acquisitions, but pushing the company's revenues well beyond the roughly half-billion mark it stood at when he came aboard.

Based on the size of the companies they now lead and the executives they succeed, the ten individuals on this list are not ones to shy away from a challenge. While there are certainly a few viable candidates who didn't make the list, these are our picks for the ten “New at the Top“ executives who will be driving innovation and making news in 2008. 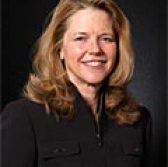