Interested in learning more about the Government IT space? Then, mark your calendars: On Wednesday, March 19, Casey Coleman will speak at ExecutiveBiz's Government IT series. Coleman was named Chief Information Officer for U.S. General Services Administration this past fall “” the first woman in GSA's history to hold that position.

Founded in 1949, GSA manages more than one-fourth of the government's total procurement dollars and influences the management of $500 billion in federal assets, including 8,300 government-owned or leased buildings and 205,000 vehicles. It only takes a cursory look at statistics to see just how unique Coleman's role is at GSA: The 2006 Census of Women Corporate Officers, Top Earners, and Directors of the Fortune 500 found that women held just 15.6 percent of corporate officer positions in 2006.

A native Texan, Coleman graduated with honors from Texas A&M University with a bachelor’s degree in computer science and a master’s in business administration and finance from the University of Texas at Arlington. She went on to a career at Lockheed Martin, where she spent several years in software and system engineering roles, developing onboard command and control systems for military systems employed during the Gulf War. She also served as a Congressional Legislative Fellow in 1994.

Today, with 18 years' experience in the high tech sector and electronic business commerce to her credit, Coleman is closely involved with the Federal IT community and is a board member of the Government Information Technology Executive Council. In her new role as CIO, Coleman manages the agency's $500 million IT program, overseeing management, acquisition and integration of the GSA information resources. Before becoming CIO, Coleman was appointed chief information officer for the U.S. General Services Administration's Federal Acquisition Service (FAS). She was responsible for the delivery of information technology, management services and business applications to support the FAS, the new service formed by the combination of the GSA Federal Technology Service and Federal Supply Service. Before that, Coleman served two years as the GSA Federal Technology Service CIO, and headed the GSA Office of Citizen Services.

To learn more, be sure to check out ExecutiveBiz’s Government IT series on March 19! 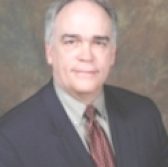