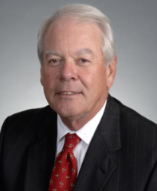 CEO John Chapel incorporated AVIEL Systems, Inc., in January 2006 in order to bring AVIEL’s two subsidiaries, OPTIMUS and PMC, together under a single banner. “We were able to take a $33 million dollar company and grow it to about $75 million with a decrease in the number of overhead personnel,” says Chapel of AVIEL’s success. In the following Q&A, Chapel shares a few tips on moving a deal forward and discusses what’s next for him as he looks beyond his role as CEO.

Tell us briefly how AVIEL Systems came together and what your role in it was?

John Chapel: I joined OPTIMUS Corporation in May of 2005, not long after the CHM sale. Eric Adolphe, founder and majority owner of OPTIMUS, had previously discussed my joining OPTIMUS and once the CHM sale closed, it seemed like the right time to do it. Eric had some other interests he wanted to pursue, including spending more time with his young children. We came to an agreement where I would come in as president and part owner, with an option to purchase all of the company at a later date. My first tasks were improving OPTIMUS and looking for an appropriate acquisition. Through an introduction, I started negotiations with Performance Management Consultants (PMC), a provider of management services to DHS. We closed the transaction in September of 2005 and immediately began integrating the two companies.

In January of 2006 I exercised my option, bought the other OPTIMUS owners out, and became the sole owner of OPTIMUS and its subsidiary, PMC. A couple of months later, I recapitalized the company and formed AVIEL as the holding company for OPTIMUS and PMC. Integration of the two companies was a natural fit. OPTIMUS had too large a back office and PMC had no back office. We started out with about 40 people on overhead, and when we sold AVIEL we had 37 people on overhead. We were able to take a $33 million dollar company and grow it to about $75 million with a decrease in the number of overhead personnel.