In the bowels of today’s American corporate culture that prides itself on innovation and autonomy, “Skunk Works” may not be considered a revolutionary concept. But when Skunk Works® was coined in 1943 by an engineer at Lockheed Martin to describe its Advanced Development Programs responsible for advanced aircraft design, it operated in rarefied air.

As Skunk Works was founded 65 years ago this month (see full history here), Pete Barlas of Investor’s Business Daily penned an in-depth column examining the birth of Skunk Works and the man who founded and built it – Clarence “Kelly” Johnson. As Barlas reports, Johnson was a true visionary in the aviation industry, designing more than 40 planes during his 42-year career – many of which were jet fighters used during WWII and spy planes considered invaluable to the U.S. during the Cold War.

Under Johnson (1910-1990), “Skunk Works projects had tight budgets. Each plane had the exact amount of parts to keep costs down. Engineers assembled each plane the same way to save money,” Skunk Works program manager Stephen Justice commented in the IBD article.

“Skunk Works” traces back to a popular 40s comic strip by Al Capp titled “Li’l Abner,” in which the Skonk Works was a backwoods still run by Big Bansmell, who was referred to the “inside man at the Skonk Works.” In this covert facility, Barnsmell made “kickapoo joy juice” by grinding dead skunks and worn shoes into a smoldering vat. As it goes, the original Lockheed facility stood adjacent to a plastics factory that emitted a less than pleasant odor.

Lockheed aircraft engineer Ben Rich, quoted in the Barlas column and co-author of the book “Skunk Works,” wrote that, as a gag, an engineer showed up one day wearing a gas mask and the term “Skonk Works” was born. However, years later the comic strip copyright holders requested Lockheed change the name to from “Skonk Works” to “Skunk Works.”

Today, Johnson is simply known as “Mr. Lockheed” for his unrivaled contributions to helping build the company into one of the largest government contractors. Though he passed years ago, “Skunk Works” lives on, and is used to describe similar groups within an organization afforded a high degree of autonomy and unfettered by bureaucracy while working on sensitive projects. 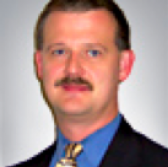 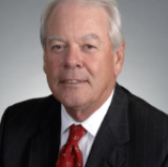