Today’s announcement that Stanley, Inc. has entered into a definitive agreement to acquire Oberon Associates, Inc. for approximately $170 million in cash brings together two high-fliers that have experienced significant growth and success in the past few years. Stanley, a leading systems integrator to the U.S. Federal government, has swelled to 3,500 employees while Oberon Associates, which delivers engineering, intelligence operations and information technology services, ranked #1 on Washington Technology’s 2007 Fast 50 list with a compound annual growth rate of 191.75 percent.

According to the press release, the transaction should close during Stanley’s fiscal second quarter ending Sept. 30, 2008, subject to approval by Oberon’s shareholders. (Shareholders representing approximately 67 percent of Oberon’s common stock have entered into a voting and irrevocable proxy agreement to vote their shares in favor of the proposed transaction).

Manassas, Va.-based Oberon, with 600 employees spread across the U.S. and seven countries abroad, immediately strengthens Stanley’s capabilities in the intelligence and defense community, and bolsters expertise related to biometrics systems engineering, integration and operational deployment; intelligence community support; communications engineering; and information technology and enterprise data management. Oberon employees should certainly not find a drop-off in the workplace conditions, as Stanley is a regular on the Fortune 100 Best Companies to Work For list.

Stanley chairman, president and CEO Phil Nolan is certainly expecting the transaction to yield tangible results sooner rather than later. The company anticipates Oberon to deliver approximately $80 million in revenue for FY2008, and that the acquisition will be accretive to FY2009 earnings. In the press release, Nolan also spoke of how the acquisition weaves in with the company’s strategy to expand “…our presence in key markets positively impacted by the Base Realignment and Closure process. Oberon complements our commitment to delivering the highest quality of support for our customers’ mission-essential programs and fostering an employee- focused culture. We also believe this acquisition will provide meaningful cross-selling opportunities as we seek to continue our strong record of organic growth.”

For Oberon co-founders Jodi L. Johnson and David L. Young, the transaction made sense due to “similar

cultures and a mutual urgency to ensure customer satisfaction.” During an interview with ExecutiveBiz back in November, Young was asked whether a fast growing mid-sized company like Oberon was frequently approached about being acquired.

“It is a very hot market and we do get approached on a frequent basis. I sold a company in 1998, and at that time I thought we were at the peak of the M&A market, but in reality it's only continued to grow since then. We approach our business like we are going to be here forever. There may come a day when the time is right to sell, but currently we are enjoying what we are doing.”

Apparently, the time was right. 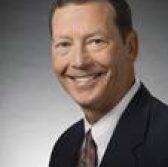 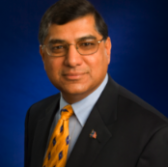