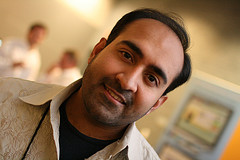 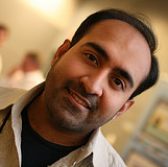 Rohit Bhargava, who leads the marketing team at Ogilvy 360 Digital Influence, is the author of the new marketing book Personality Not Included, a unique guide for organizations on becoming more authentic. He is frequently featured in media worldwide and speaks internationally on the importance of personality in business. And on June 26, executives throughout the area will have a chance to hear Rohit speak about the latest trends in marketing communications and social media at Digital Media Conference, to be held Thursday, June 26, 2008 at the Ritz-Carlton in Tyson's Corner, VA.

Tell us a little about your background.

Rohit Bhargava: My background is mostly agency based. I've worked for a number of different marketing agencies and I spent five years working in Australia. I have worked across a lot of different industries doing marketing strategy. The focus has usually been on interactive work, and I have experience working at an ad agency as well as a PR agency. Before that I worked in a small business and did the start-up thing as well.

What are some social media or other tools your clients, both in the government space and beyond, are starting to embrace?

Rohit Bhargava: Blogs are certainly the most visible. I think that when it comes to social media what a lot of people don't think about is that it can take many forms of people sharing opinions online, whether it's a blog or something as obvious and ubiquitous as an Amazon review. All of that is social media to a sense because people are sharing their thoughts and opinions and ideas with one another and being influenced by that. I think that no matter where you go online, whether you are in government or whether you are just online surfing, you're exposed to all of these opinions and that is what we're seeing out there.

Tell us about your book. How long did it take you to envision and write it? 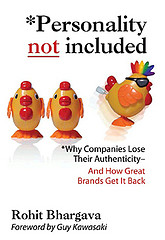 Rohit Bhargava: End to end the book process was about a year. What I ended up focusing on was not so much about social media or blogs or anything as specific as that, but something which I saw as a broader trend in business of all sorts, which is this idea that personality matters. Personality is the way that brands interact with their customers and it's the way that ideas come to life for people. Whether it is a brand in the traditional sense or whether it's any sort of organization or entity that people need to have some sort of belief or interaction with.

What are some key components of having, for the lack of a better word, a winning personality?

Rohit Bhargava: One interesting thing about personality is it is one of those concepts where most people already have an idea of what it means to them. One of the things I had to do when talking about personality for a company was to redefine it in the sense of a business. Essentially what I say is that personality has three key elements which are 1) it has to be unique, 2) it needs to be authentic, and 3) it should be talkable. Under each one of those is this idea that you need to have something that is different, something that has a real connection and something that people can't help telling one another about.

Give us an example of each “” of a personality that's unique, another that's authentic and a third that's talkable.

Rohit Bhargava: To have a personality, they all need to work together. One example is Dyson, the vacuum cleaner manufacturer. They do have a unique product, a vacuum cleaner that works on a different technology; it doesn't use bags like most other vacuum cleaners. It's authentic because of the connection that all of the customers have with James Dyson, the inventor of the Dyson vacuum cleaner, and if you've seen any of those ads on TV and him talking about the invention process it's very much about his process and how he did that. The talkability comes from the fact that the product works in a way that most other vacuum cleaners don't work and it has this design sensibility to it that is very unique in that category. I mean there is a Dyson vacuum cleaner in the Modern Museum of Art. So it has that extra piece that people can't help talking about and telling one another about.

Do you have a case study example with these three components that speaks directly to executives?

Rohit Bhargava: There is one example in the book of Boeing that I think is particularly interesting. If you think about it, Boeing is a government contractor, they have lots of different businesses and the brand stands for many different things (including several that are likely top secret and simply not discussed). What they have done with social media and what they've done with a blog authored by their current chief marketing officer, whose name happens to be Randy, is they've got this blog called “Randy's Journal.“ What I talk about in that case study is how they use that blog to offer a communications platform for what they need to say that is going far beyond the press releases. When it comes to situations where they have comments and things that they want to say about Boeing's point of view, doing a press release would be a waste of time “” nobody would actually read it. On Randy's blog, however, he communicates in a very authentic voice and it's a very, very powerful way that they can counter misstatements or factual inaccuracies or put forth their point of view. There are a couple of examples of how they actually did that in the book which really bring this power to life.

So is it correct to say that personality today has to be rethought, that it's not so much a matter of conveying personality in person but how you convey personality in the various communications platforms out there, such as blogs?

Rohit Bhargava: Yes, I think that one of the misperceptions when I talk to executives and I tell them about the idea of personality is that it means that you need to be “that“ person in the room who is sort of outgoing and always talking “” that “A“ type personality. That's really not what I'm talking about in the book. Really what I'm advising companies on how to do is creating a more authentic, real connection. So the one tip that I share in the book, which is something anybody can do, is to go onto your About page on your website and read that page out loud. Listen to yourself and try to see whether that is something that makes sense and seems like something somebody would actually say in dialogue or whether it sounds like “marketingspeak.“

I think we could all kind of guess what it would sound like and so the idea here is that you really need to think more in terms of what people are saying, what the real dialogue is, whether it is something written or whether it's how you would describe your company. That is what people start to connect with and that becomes how you can make it more authentic.

Tell us about the June 26th event and what your role will be in it.

Rohit Bhargava: The June 26th event is called the “Digital Media Conference“ and the website for it is www.digitalmediaconference.com. Essentially it is an event put on by a group called Digital Media Wire which republishes content from my blog and focuses on the media and entertainment industries. My panel is the last one of the day and it's called “Social Media: What's Next.“ It's focused on social media and what's changing in media and entertainment and marketing and communications and it's a great panel of folks. I'll be moderating the panel and I will also be hosting a book signing for my new book right afterwards during the cocktail hour.

Why should ExecutiveBiz readers executives attend this talk?

Rohit Bhargava: The last session of the day about the future of marketing communications and social media is going to be a very interesting survey about what's different about how we need to market our companies today. It's a unique event coming to DC and should offer some strong insights that just about anyone in business can put to work. 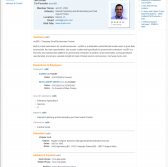 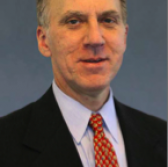