He’s known for his long and storied career in the federal IT community. For over five years, Jim O’Neill worked at Northrop Grumman, where he managed more than 18,000 employees in the company’s IT sector. Then, three months ago, O’Neill let the DC business community know it was time for a change; he promptly settled into a new role as CEO of CompuDyne, an industry leader in advanced technology integration for the Homeland Security market with more than 900 employees worldwide. In an exclusive interview with ExecutiveBiz, O’Neill shares the latest on his new position “” and his excitement over the opportunities he sees ahead.

You left Northrop Grumman about 3 months ago. What are you doing now?

Jim O'Neill: I am now the CEO of CompuDyne at Gores Holding Company.

Can you tell me why you chose this opportunity?

Jim O'Neill: The reason I took Gores Group was because they were very entrepreneurial, with a focus on high technology in the public sector.

Can you tell us how the Gores Group is involved in CompuDyne?

Jim O'Neill: Gores owns CompuDyne, it is one of 15 portfolio companies that they own and it's the only one in the public sector.

Is CompuDyne a public company?

Jim O'Neill: It was a public company until September 2007 when Gores brought it private. It's headquartered in Annapolis, MD, which is literally 10 minutes from my house.

What have you been doing the last couple weeks since your transition from Northrop Grumman?

Jim O'Neill: Well, first of all I took almost three months off and had lots of different opportunities with the companies and other venture capital firms, but I really liked Alec Gores. He is really a class act, I mean he has his name on his own company and that says a lot. He has been really successful. The people that he surrounds himself with are very, very smart, very entrepreneurial, quick to make decisions, quick decision making and they really empower and hold accountable the CEOs of the portfolio companies to grow those businesses that they are responsible for. It's also a family like atmosphere at Gores.

Anything else you want to say about the company itself?

Jim O'Neill: I am excited about the opportunities and challenges ahead of us and the prospect of growing this business in the future with much success. 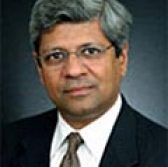 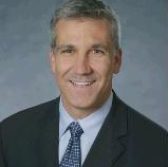