Six months ago IT veteran Jim O’Neill was managing more than 18,000 employees as Northrop Grumman Information Technology sector’s corporate vice president and president. Three months ago that number dwindled to zero after O’Neill stepped down from his position at Northrop on the heels of a long and successful career in the industry. Today, however, O’Neill seems to have opted for a happy medium; recently settling into the role of CEO at CompuDyne, an industry leader in advanced technology integration for the Homeland Security market with more than 900 employees worldwide.

There is a popular saying from Irish-born playwright George Bernard Shaw: “Man can climb the highest summits, but he cannot dwell there long.” Perhaps O’Neill, also born in Ireland, had those Irish countryman’s words in his thoughts when deciding to join CompuDyne and lead a company that has continued to grow impressively both organically and through acquisition since its founding in 1952.

Roughly one year ago, CompuDyne announced it would go from public to private after agreeing to be acquired by a group of private investors for $59 million and change. As O’Neill eases his way into the new position (he recently spoke at a “Visionaries in IT Lecture” at UMBC), it is safe to say that we will be hearing more from CompuDyne. O’Neill, an ExecutiveBiz “Beltway Game Changer,” remains an active and influential member of the Federal IT community: he served as the 2007 chairman of the Professional Services Council; is on the Board of Directors of Lee Technologies; and is a board member of the Northern Virginia Technology Council and the Security Affairs Support Association. 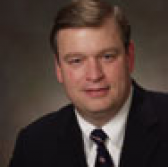