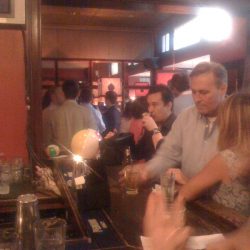 Whether the Greater Washington technology community likes it or not, it has twins. Two distinct – and often siloed – communities that split along generational, cultural and operational lines. On one side, you have the young, vibrant social media entrepreneurs focused on disruptive solutions to break through the Web 2.0 scene. Then, there is another set of companies led by more seasoned, credential executives who tend to focus on solutions that may not be as sexy, but address a business pain point for government agencies, businesses and organizations.

These two communities coexist peacefully, but rarely to their collective mutual benefit. And, as one might hear attending an AA meeting, the first step in solving the problem is to admit you have a problem.

And step one seems to finally be underway. The trigger point is debatable, but Post scribe Zachary Goldfarb’s coverage of Washington’s Twin Tech Towns seemed to light a fire under a handful of folks with the power to do something about it. Hosted by iStrategy Labs and with a huge push from NVTC and a collection of social media players, last Thursday’s Twin Tech Party – which was conceived, developed and executed seemingly overnight – snowballed with all of the viral buzz that would have made any participating social media firm proud.