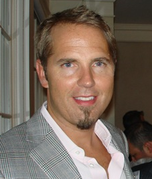 As CEO of MC Dean Inc., Bill Dean is making sure his company stays on top. Recently, the company was awarded the electrical, telecommunications, and electronic systems engineering and the implementation contract for the new Walter Reed National Army Medical Center. “The new Walter Reed is going to be truly one of the most complex medical facilities that has ever been constructed,” says Dean. M.C. Dean, Inc., was also recently awarded a contract for the Fort Belvoir Community Hospital. In the following Q&A, Dean shares these and other breakthroughs, and discusses his personal passion for something that can help the DC metro area thrive: workforce development.

Bill Dean: There are a number of new and exciting things going on for M.C. Dean, Inc. in the DC area, where we’re headquartered and on a national and international scale. In the DC area, there are several large projects that we are starting up, including several BRAC (Base Realignment and Closure) projects in suburban Maryland as well as in Northern Virginia. These include design and construction of the electrical, telecommunications, and electronic systems for the new Walter Reed National Army Medical Center.
Outside of the DC area, M.C. Dean, Inc. has just opened three new offices for our new Southern Industrial Group. The first of these is in Baton Rouge, and the other two are in Houston, and Dallas/Fort Worth. The Southern Industrial Group is focused on engineering services for the heavy industrial space. Opening these offices is part of M.C. Dean, Inc.'s plan to diversify in terms of the market sectors we serve and to further establish ourselves as a firm with a nationwide presence.

By virtue of being founded and headquartered in the DC area, M.C. Dean, Inc. has traditionally performed a good amount of work for the federal government. And that market has served and continues to serve us well. In fact, over the past decade or so, there has been a building boom of sorts within the federal government. This is partly due to the fact that many of the federal buildings were built during or shortly after World War II and are in need of significant renovations, particularly where power distribution and critical power are concerned, as the extent to which electricity is used now is dramatically different than it was in the late 1940s and early 1950s. The second wave of that boom has been the BRAC projects. And while we continue to be committed to the federal market, we know that this building boom is not going to last forever. So, M.C. Dean, Inc. is preparing for federal investment in capital projects to begin to level off. In advance of that change in the marketplace, we are seeking to diversify and are making sure we have positioned an infrastructure to serve the private sector, with a focus on the industrial sector. We are preparing ourselves to serve refineries and are exploring the possibility of serving some of the nuclear power plants.

Additionally, M.C. Dean, Inc. is actively expanding our operations overseas. We have had offices in Europe for the past five years or so, and added another one, in Kiev, Ukraine at the end of 2007. We will likely open an additional office in Eastern Europe and continue to expand internationally.

What are your top priorities this year?

Bill Dean: In 2008, M.C. Dean, Inc. is really focusing on two short term objectives. The first of these is getting our Southern Industrial Group's operations in Baton Rouge, Houston, and Dallas/Fort Worth sustainable and successful, by the end of the year. At the same time, we will begin branching into the international commercial space. Currently, all of M.C. Dean, Inc.'s international business is for the U.S. government, but in 2008 we intend to begin pursuing commercial work overseas.

What is a big challenge for you in business today?

Bill Dean: M.C. Dean, Inc.'s major challenge is probably one that's shared by all other businesses in the DC area, and that is that getting personnel resources is just very difficult. We are blessed and cursed in this region with just a great economy that doesn't seem to take nearly as stiff a blow from the declining housing market and the softening of other market sectors. Because of this, there are not a lot of good engineers in the area who are looking for work. So, we are opening offices in other locations to allow us to expand our engineering workforce without having to relocate, for example, someone from Kansas City, Missouri to northern Virginia. We've found that those are very difficult relocations. So, we just opened an office in downtown Baltimore and we are trying to get that set up so we can start relocating engineers from around the country. The cost of living in suburban Maryland and suburban Baltimore is much lower than northern Virginia, so someone coming from the Midwest, for example, is not going to experience the same degree of “sticker shock“ that they would moving into the DC area. For similar reasons, we've shifted our industrial operations out of northern Virginia entirely, and moved them just outside of Fredericksburg, Virginia. We needed to do this because, as is the case with engineers, it's difficult to get a large enough skilled industrial workforce in northern Virginia.

Your company has won recently some important federal contracts. Can highlight one or two for us?

How would you describe the culture of the company?

Bill Dean: M.C. Dean, Inc.'s culture is fairly matter of fact. Our leadership and our employees are, for the most part, technical staff“”with about 80 percent of our 3,000 staff being engineers or certified technicians. So, we are pretty focused on rolling up our sleeves and digging in to the work, especially the technical aspects of it.

What will the company look like in three years?

Bill Dean: In three years, M.C. Dean, Inc. should look very similar to the way we look today in terms of service offerings. Electrical and electronic systems engineering and construction have been our core services for nearly 60 years, and will continue to be for the foreseeable future. In terms of geographic presence, M.C. Dean, Inc. should have offices established and serving commercial customers in Asia and in the Middle East, as well as a footprint in the United States that is comprised of fairly well-established operations from the northeast to Texas or possibly the west coast.

Tell us about your workforce development program?

Bill Dean: Wherever we have a presence [we have] workforce development. For instance, some areas of Virginia, especially the western part, are less prosperous than others. In areas like this, M.C. Dean, Inc., has tried to focus on workforce development. In locations such as some of the less fortunate areas of Washington, D.C., and some parts of northern Virginia and suburban Maryland as well, we are really focusing on trying to find young adults who are unemployed or and trying to get them into technical careers, such as technician positions or even engineering careers. For instance, there are individuals out there who may be working in positions such as retail, in which they do not have real career paths. And they could have the math and reading skills needed to be successful in a technical career, but for whatever reason, they have never considered a technical field or realized the opportunities that such fields offer. So, in these cases our challenge is to find these individuals and make them aware of the career path, the earning potential, and the intellectual challenges that positions such as technician or engineer have to offer, then get them into an adult education program, such as a telecommunications technician training program. To find these folks and link them with these opportunities, M.C. Dean, Inc., spends a lot of time at job fairs and in developing and maintaining recruiting relationships with high schools, adult education programs, job centers, and similar institutions. It takes a lot of work, but I think we've been pretty successful and I think that linking people with opportunities to maximize their potential is one of the best things that any organization can do.

You're involved in a lot of communities “” which one are you most involved in and why is it important to you?

So, with the idea that everyone in a community benefits when individuals are gainfully employed and reaching their full potential, I serve on the Workforce Investment Council for Washington, D.C., and the Virginia Apprenticeship Council. Trying to make companies engage the least advantaged people in this region is one of my primary goals. Companies can have so much more impact on their communities by giving people job opportunities rather than only writing a check to one cause or another and calling it a day. For instance, one can train an individual to become a Cisco technician or an Oracle Database Administrator, or an electronics technician and that person now has the foundation for a career and a means to move forward. And the benefit to us as the corporate community is that we are not just meeting that individual's need for a career, but we are also meeting our needs for skilled personnel.

What is something people don't know about you personally?

Bill Dean: About me personally, let's see . . . My girlfriend, Kate Michael, was in the Miss America Pageant. She will be so happy to see that published. 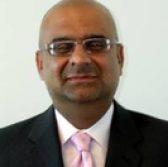