You’ve heard the buzz. And now you’ve read the news: Serco Inc., the U.S.-based division of the international service company Serco Group plc, has just acquired SI International for $423 million. The transaction would further evolve Serco's North American organization into a management services business, the company said. Still untold is what this acquisition will mean to the future of both companies “” until now. In an exclusive interview with ExecutiveBiz, Serco Inc.’s Chairman and CEO Ed Casey lets us in on the back story behind the acquisition “” his first major acquisition as CEO “” plus he discusses his top priorities for the coming months, and how SI International’s President and CEO Brad Antle will be part of what many are calling a winning new chapter in both company’s lives.

This is your first major acquisition as CEO. Tell us how the deal came about and how you chose SI International.

Ed Casey: About a year ago we decided to pursue an acquisition strategy. We surveyed the entire marketplace “” companies anywhere from $200 million to $2 billion in size. We created a shortlist of those we thought had the best strategic fit and the most promise. SI International was one of those companies. We pursued a couple of companies on that list and this one is obviously the one that got to the finish line. Basically I met Brad Antle [president and CEO of SI International] in March and that was the basis for some conversations that ultimately evolved over the last five months.

Tell us about your integration plan for the two companies.

Ed Casey: As we think through transition integration, clearly the number one priority is our people, the employees of SI International and Serco. Obviously when you have a situation where the two companies here in North America are almost equal size there are a lot of people who have a lot of questions and a lot of concerns. That will be without question our number one priority: trying to design the new organization going forward and to get the right people in the right roles. If we don't get the people side of it right then really everything else suffers ““ our service to our customers, our results to our shareholders ““ so for us it's all about the employees over the next 90 to 100 days, or however long it takes us to close the transaction.

After the deal is completed what is your broader view of the marketplace “” any future acquisitions going forward?

Ed Casey: Over the last 20 years Serco Group has been primarily an organic growth company and did two acquisitions three years ago to enter new markets. So this is a very major step for Serco to realize the ambitions that we have in North America to build a large and leading business. This business is driven a lot by scale, and you can see that through the consolidation and the squeeze of the mid-tier companies. The route forward for us is to continue to build scale and capabilities so that we can compete with the largest companies in the industry. We have a significant transition and integration opportunity in front of us and our number one priority will be getting it right. We'll be out of the acquisition market for some time but I do believe in the coming years that we will continue to pursue strategic acquisitions that will provide either further scale, further breadth of customers and probably, most importantly, it will be more around capabilities “” the capabilities we think we need to compete against those larger companies in the top tier.

What basic message are you telling your people and customers?

Ed Casey: The message is that we cannot imagine a better strategic fit of any company than SI International. First, it provides the scale to compete against the largest in the industry. Second, it provides the breadth of customer relationships. We historically have been strong in the Army, the Navy, the FAA and the Postal Service. SI is strong in the Air Force, federal civilian agencies including the Department of Homeland Security, Department of State, and also has a position in the Intelligence community, which we do not. So it's a very complementary transaction that broadens our customer base and there is little overlap.

Is there an interesting story “” something that has happened over the course of this transaction “” that you care to share?

Ed Casey: As you can imagine, when you are pursuing an acquisition “” especially when you are pursuing an acquisition of a public company “” you're concerned about confidentiality and the potential for leaks. Obviously we had code names for our company and for SI International, yet we couldn't help but wonder as we looked across the street where SI International is headquartered “” we can actually see their building and their sign on the top of their building from where we sit “”if there was someone over there listening to what we were saying. So despite the fact that we had our code names we were concerned about bumping into them on the street or looking through the conference room across the road. Again I think the proximity of the headquarters should also help that transition go a little bit easier.

What's the future of Brad Antle, president and CEO of SI International?

Ed Casey: I didn't know Brad before March. I heard a lot about him and heard he was a great guy. Of course our discussions on this topic prove that to be true but it speaks to Brad and his character that in one of those early meetings, when I asked him what his personal interests were in the combined company should we get to the finish line, he responded that he didn't think it was appropriate to have discussions regarding his future. The concerns were all about the shareholders, the employees and the customers. So we simply haven't gotten that far, but I think it is a great credit to Brad that he put himself behind the company's interest. That is a discussion that he and I need to have over the coming days and weeks. 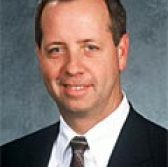