While there are multiple paths for government contractors to ascend to the coveted tier-one status of $1 billion+ annual revenues, most lead – at some point – to a significant acquisition (or two) that opens up a new Agency channel or adds a new core service offering.

This was indeed the case for Serco, Inc., the U.S. division of the British Serco Group, which today announced it has entered into a definitive merger agreement with SI International. Per terms of the agreement, Serco will acquire SI International for $423 million ($32 per share in cash) – propelling the management services government contractor past that threshold $1 billion mark.

SI International is one of the most well-respected contractors in the area, and was named 2007 Contractor of the Year at the 5th Annual Greater Washington Government Contractor Awards. The company mantra – Rapid Response “¢ Rapid Deployment® – has resonated with civilian and defense agencies seeking mission-critical services, as the company ranked number 44 on Washington Technology’s list of the Top 100 Federal Prime Contractors for 2008.

In today’s press release announcing the transaction, SI International President and CEO Brad Antle referenced the move as a way to step up to the next level:

“We are pleased that we can join a company of Serco’s stature and success,” said Brad Antle, President and CEO of SI International. “We have had a tremendous track record during our ten-year history and are very proud of the leading position we have achieved in the government services sector. Now is the right time to go to the next level so the services we provide to our customers are enhanced by the scale and global reach that Serco can offer.”

Serco will also assume SI International’s debt, which, at June 28, 2008, was $87.3 million, net of cash. For Serco, the transaction represented an opportunity to add business process re-engineering and mission critical technology solutions to its existing service portfolio.

exceptionally well in both capabilities and markets,” said Ed Casey, Chairman and CEO of Serco Inc. “SI International strengthens our ability to bring business process re-engineering (BPR) and technology solutions to the most demanding government missions, while our increased combined scale positions our businesses to deliver even larger and more complex integrated solutions for our customers.” 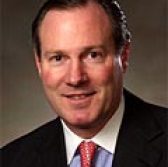