In his work for Software AG, Tod Weber and his team help organizations integrate disparate systems to extract more value out of their existing IT investments “” a key step in an environment overrun by streamlined budgets. In the following Q&A, Weber talks about what brought him to Software AG, and how his team plays to continue carving out a strong presence in the federal space.

Could you tell us a little bit about your background.

Tod Weber: Sure, I have an aerospace engineering degree that I received from the University of Maryland in 1985. I actually started my career in the engineering world working on the F-22, which is the fighter aircraft that's replacing the F-15. Then I moved into the software world in 1990.

I joined a software company called Parametric Technology Corporation (NASDAQ: PMTC) “” it's referred to a lot as PTC these days. The company was in the product development space and when I joined we were doing about $11 million in revenue. Eight years later we had the company up to $1 billion in revenue. So it was a very dramatic period of growth for us and it predated the dotcom hype “” we did it by delivering 41 consecutive quarters of increasing profits and shipments. It was quite an experience to be a part of that.

Tell us about your growth at the company over the course of that 13-year period.

What accounts for your growth?

Tod Weber: The company was very driven; we had a kind of culture that if you missed two quarters in a row you were pretty much done. So it was kind of a motivator that you continued to grow your business and do good things and you were rewarded with additional responsibility in the company.
So honestly it was delivering from a sales perspective and growing the business over that 13-year period that led to greater responsibility. I built the company's federal program from the ground up. We didn't really have any federal program or even focus on it so I was the first real dedicated federal sales person in the company. We grew that up into a district, into a region, and into an area and then I actually got asked to move to Detroit and take over our major accounts for the eastern half of the United States. While I was in Detroit, on the commercial side, we had the chance to go up against IBM and EDS. That opened our eyes to a whole other part of our business we needed to develop as we moved into the product lifecycle management (PLM) arena “” that was building relationships with the large system integrators. We ended up actually doing that on a global basis at the end of my career at PTC. I was building some of these large strategic relationships literally around the world from Asia Pacific across Europe.

Tell us how you got from your 13 years at PTC to where you are now.

Tod Weber: Yes, I left Parametric in 2003. Heidrick & Struggles is one of the executive placement firms and I was fortunate enough to get hooked with them and they connected me with a start-up based in Arlington that was a spin off from Deloitte. I ran global sales and marketing there for about a year and a half. We were purchased by a Canadian company, so I ran global sales and marketing for the combined company. I subsequently joined Oracle on the public sector side and ran a large part of the civilian applications business at Oracle. I was kind of building my career there when webMethods found me and attracted me to come into the company and build up its federal aerospace and defense business. It gave me a chance to actually run a business unit in the organization and I was interested in that. So that's what led me to webMethods and then we got acquired by Software AG about a year ago.

What's on the horizon for your unit?

Tod Weber: Our software helps organizations integrate disparate systems to extract more value out of their existing IT investments. This is a message that is received extremely well in the current environment of reduced budgetary expenditures. We've got a nice presence in the federal space today and we are very excited about the connectivity of that federal arena back into the aerospace and defense world. So when we look at the Lockheed Martins and the Raytheons etc., such a large part of their business is generated from the federal sector that we are very excited about the ability to help those two segments come together. When we talk about getting Lockheed, Raytheon, Boeing, Northrop Grumman, General Dynamics more tightly coupled to the federal government we think there is a very strong value proposition for us as a company to be in that space.

Your job entails a lot of responsibility “” how do you maintain a balanced life.

Tod Weber: I have a beautiful family, a wife and three kids and they get basically 100 percent of my time when I'm not at work making things happen here. I get involved in everything from Boy Scouts with my son to coaching basketball for my daughter's teams. We do a lot of family oriented things when I'm not focused on business. 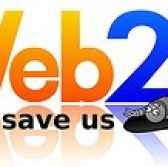