President-Elect Barack Obama utilized technology at an unprecedented level to reach out to prospective voters during the extended campaign, but if recent events are any guide he may find that technologies to prevent malicious hackers from getting into sensitive networks and data will be front and center.

This after the Financial Times reported last week that Chinese hackers had penetrated the White House computer network several times, in the process gaining access to e-mails between government officials. The article described the “hit and run attacks,” where hackers sneaked in long enough to extract information but quick enough to get out before the security holes were closed. This report comes on the heels of post-election news from US government cyber investigators that attacks conducted over the summer on the Obama and McCain campaign computer networks originated in China.

There are publicly-stated suspicions, though unconfirmed, that the White House network attacks hinted of being sponsored by the Chinese Government based on their specific nature and approach. It is important to note, according to The National Cyber Investigative Joint Task Force, that the hackers only accessed the unclassified computer network.

President Bush began a deliberate path towards improving cybersecurity, evident when he issued a classified national security directive earlier this year and named Silicon Valley vet Rod Beckstrom to head a new National Cyber Security Center. While economic priorities concern some when it comes to maintaining cybersecurity momentum, there is reason for optimism that President-elect Obama will build upon these efforts – and then some.

Speculation is swirling that Obama will create a Cabinet-level CTO position, and while it won’t exclusively focus on cybersecurity it should at least give technology a seat at the adults table, if you will. Tech executives Sonal Shah and Julius Genachowski have both been named to Obama’s transition team, a signal that Obama’s commitment to technology during the election campaign will continue in the Oval Office. 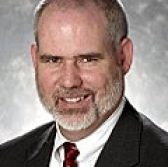