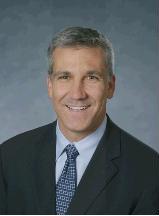 ManTech has just announced that Robert Coleman will resign as president and chief operating officer of the military contractor effective June 1, 2009. Coleman is leaving to pursue other opportunities, says ManTech spokesperson Mark Root. Coleman will retain his position as a member of the board of directors.

Coleman was named president and COO of Mantech in September 2004. He went on to become a key player in the successful launch of A-Space, a “highly restricted Facebook-style website,“ as TIME put it. “There have been a lot of solutions developed over the years for the analytical community to help them collaborate and share information, but none of them has fully exploited modern networking techniques such as Web 2.0 and social networking concepts like MySpace or Facebook,“ said Coleman in an interview with ExecutiveBiz last year. He was also named one of the 20 people to watch this year.

Given Coleman’s experience and track record, we’re sure to see him turn up soon in another key executive position inside the beltway.