Lt. Gen. Keith B. Alexander might not be a household name… yet.  He currently serves as head of the NSA and the Joint Functional Component Command  for Network Warfare  at Ft. Meade, Md., but his name has been floated as a possible head of the proposed Cyber Command, which would also be based at Ft. Meade.

Alexander has served in a variety of capacities, from the G-2 officer for the 1st Armored Division during Desert Shield/Desert Storm as well as in Germany, and a variety of field and intelligence staff positions throughout his career.

The proposed Fifth Domain defense command would coordinate and standardize the fractious efforts of military departments, government agencies, and private contractors to protect the integrity of vital infrastructure networks as well as sensitive government and military data from infiltration.

Some of the challenges facing the agency is to protect against side-channel infiltration as well as brute-force attacks against the top-secret-level Advanced Encryption Standard.  The current cryptological consensus is that the AES is theoretically sound because the code has only been broken through side-channel attacks, an attack using data garnered from the physical application of the cryptosystem, i.e. monitoring the power usage of a key system or how long it takes to encode or transfer a particular piece of data, or brute-force infiltration, using a supercomputer to try every possible permutation of a code system until one fits.

As stated in a report by the Gartner Group earlier this month, the government must meet the challenge of increasingly innovative hackers head-on by improving both hardware and software security standards, a goal that Alexander is well-qualified to work toward. 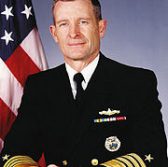