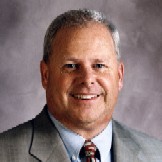 It’s official: Walt Havenstein has been named CEO of SAIC, the scientific, engineering, and technology applications company with 45,000 employees. Havenstein will become CEO on September 21. He will also become member of SAIC’s board of directors.

Havenstein most recently served as chief operating officer and member of the board of directors for BAE Systems plc, and president and CEO of BAE Systems Inc., the company's wholly owned U.S. subsidiary. Havenstein will succeed Ken Dahlberg, the company’s chairman and CEO, who will step down in keeping with SAIC’s mandatory retirement policy for executive officers (Dahlberg is reportedly 64; the mandatory retirement age is 65.) However, Dahlberg will remain chairman through June 2010.

“The board and I are extremely pleased to have Walt join the company's executive management team,” says Dahlberg. “He has demonstrated an outstanding record of success at BAE Systems, where he managed the company's wholly owned U.S. subsidiary, with 53,000 employees and annual sales in excess of $20 billion … Walt brings more than 25 years of experience not only in our core competencies, but also in a wide range of services that will provide new avenues of growth for the company. Most importantly, he is committed to a high quality of performance, outstanding customer satisfaction, and high ethical standards “” hallmarks of SAIC's success since 1969.“

“I am pleased to be joining the SAIC leadership team,“ adds Havenstein.  “I'm moving from one great company to another and I look forward to contributing to SAIC's growth as a premier science, technology and engineering firm.“

Industry colleagues are offering their praise. “Having known Walt Havenstein for nearly 40 years, I can say unequivocally that he is a leader and a man of integrity,” says Bill Hoover, president and CEO of AMERICAN SYSTEMS. “Walt respects all with whom he works while demanding nothing less than one's best efforts at all times.  He has served our country as a Marine officer and as a leader in our industry which is committed to serving our nation's present day mission. SAIC, our industry and our nation are fortunate to have an individual like Walt during dynamic times like those which we face today.“ 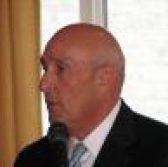