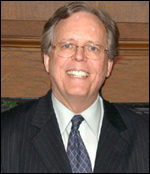 Last summer, Iron Man led the box office with a $200 million opening weekend, while Take2 Interactive’s Grand Theft Auto IV took in more than $500 million in its first week alone, with many stores selling out their entire first shipment.

While much of the receipt difference arises from the average video game costing about $59.99 and the average movie ticket costing around $12, there’s no question that American kids love to play video games.  But, according to the former head of the United States Air Force Cyber Command frets, a lack of interest in and understanding of the underlying code in those games is a threat to national security. 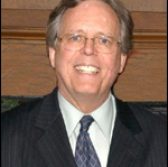 “[Lt. Gen. Robert Elder] has no problem attracting recruits ready to operate robots or fly drones… Hell, they love playing video games already. His problem is finding high-school graduates with any experience or interest in actually programming all this stuff. Unless something changes radically, Elder told me, the United States will be surpassed in cyber skills within a single generation. The best of our kids design video games; the Indians, Chinese, and Russians’ kids write the code on which those games run.”

Why? Because in America, we don’t value programming. The nuts-and-bolts of how games are put together pale in comparison to the flashy, violent graphic design and story elements. We outsource our networking and tech support jobs to China, India, and other former Third World nations. Rushkoff indirectly blames America’s IP enforcement, which discourages experimentation with – and therefore in-depth understanding of- digital technology:

In a marketplace where modifying a game console results in being banned from gaming networks and possible prosecution and where user improvement to programs constitutes an intellectual-property violation, it’s no wonder we see our technology as finished and inviolable from the minute we click “agree” during installation.