While many of today’s cyber threats have been designed to go unnoticed , there are still some tell-tale signs a computer system has been compromised.

PandaLabs has released a guide for identifying those signs of computer infection, including sluggish performance, missing files, and disabled security components.

The guide encourages computer users to be on the lookout for the following symptoms:

1. The computer speaks: There are all types of pop-ups and messages on the desktop, either advertising products or alerting users to an infection and stating that protection is needed. This is a typical infection case, pointing to either spyware on the computer or that it has been infected by rogueware.

2. The computer is running very slowly: This could be a symptom of many things, including virus infection. If a PC has been infected by a virus, worm or Trojan, the viruses could be running tasks that use many resources, making the system run slower than normal.

3. Applications do not start: If nothing happens when the user tries running an application from the start menu or desktop, or another program starts up instead of the intended one, something could be wrong with the system.

4. Problems with connecting to the Internet, or it runs very slowly: Losing Internet communication is another common symptom of infection, although it could also be due to a problem with the service provider or router. In case of infection, the malware could be connecting to a URL or opening separate connection sessions, reducing the available bandwidth or making it impossible go online.

5. Various windows open or the browser displays pages not requested: Many threats are designed to redirect traffic to malicious websites, and can even spoof webpages. Users think they are on a legitimate site when really they have been taken to a malevolent bogus site.

6. Files are missing. There are still some threats designed to delete or encrypt information, with the ability to move documents from one place to another. If this kind of situation, consider an infection has occurred.

7. Anti-virus program has disappeared and the firewall is disabled: Many threats disable security systems already installed on computers. If one application shuts down, it could be a specific software failure; however, but if all security components are disabled, the computer is almost certainly infected.

8. Computer speaks a strange language: If the language of certain applications changes, the screen appears back-to-front, strange insects start “eating” the desktop, the computer might have an infected system.

9. Library files for running games, programs, etc. disappear from the computer: While this could be a sign of infection, it could also happen due to incomplete or incorrect installation of programs.

10. Computer has a mind of its own: If the computer starts acting on its own, and the system has been sending emails without the user’s knowledge, Internet sessions or applications open sporadically on their own, the system could be compromised by malware. 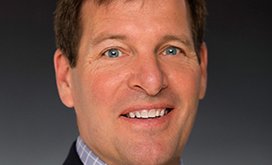 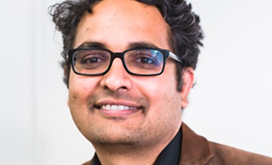 Leidos announced on Thursday that it has been awarded a spot on potential $12.6 billion Solutions for the Information Technology Enterprise III (SITE III) contract from the Defense Intelligence Agency (DIA). The company will continue supporting DIA and compete for task orders to support the overall information technology (IT) program. SITE III runs for ten years and is a multiple-award indefinite-delivery/indefinite-quantity contract. 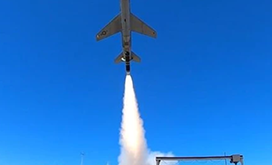 The U.S. Air Force has flight-tested a Kratos Defense & Security Solutions-made unmanned tactical aerial platform equipped with a new autonomy core system to assess its navigational command response and basic aviation functions. The UTAP-22 aircraft flew at Tyndall Air Force Base in Florida on April 29 to exhibit safe flight performance of the Skyborg ACS while being monitored by both ground-based and airborne control stations, Air Force Research Laboratory said Wednesday. 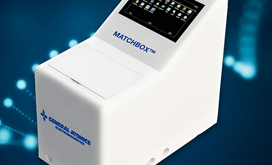