The company said nine CIO judges selected him as a finalist for a vote by Global CIO peer community for the award, recognizing leaders who help elevate their businesses.

IS&GS-Civil President Stephanie Hill said Haden has played a role in growth and strategic direction of the business, while his team develops new technology for federal and commercial customers.

Land was one of Hispanic Engineer and Information Technology magazine’s “Top Hispanics in Business and Technology” from 2006 to 2012.

He serves on the board of the Hispanic Information Technology Executive Council, which named him “Most Influential Hispanic” in 2011 and 2012.

Land graduated from Potsdam University with a bachelor’s degree in mathematics and computer science and is a recipient of the university’s Minerva Award for professional lifetime achievement. 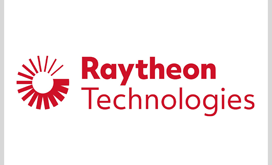