Northrop Grumman will carry out a feasibility study to assess the development of a follow-on space vehicle and navigational payloads for the U.S. Air Force’s Global Positioning System III satellite program under a 26-month contract.

The company said Tuesday the contract award is based on its proposal to provide the service branch with a mission-specific spacecraft and a prototype of a navigational payload that demonstrated military code transmission functions during a radio frequency test in 2015.

Boeing and Lockheed Martin also received readiness feasibility contracts from the military branch in May.

Tim Frei, vice president of communications systems at Northrop’s aerospace systems business, said the company will work to develop its payload prototype through the contract in an effort to help military and civilian agencies counter future threats.

Each contract has a base value of $5 million over a 26-month period and two six-month options worth approximately $1 million combined. 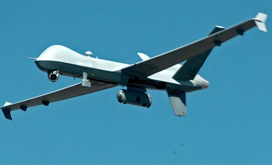 Katie Arrington, chief information security officer for the office of the undersecretary of defense for acquisition and a previous Wash100 awardee, said the Department of Defense is determining ways on how to integrate the Cybersecurity Maturity Model Certification requirements into Department of Homeland Security contracts, Nextgov reported Thursday.

The General Services Administration will monitor the implementation of artificial intelligence applications by utilizing AI under the $807 million Digital Innovation for GSA Infrastructure Technologies task order, which was awarded to NCI Information Systems. “Our artificial intelligence solutions have been adopted by our industry and federal customers, which has set us up for a very strong 2021," Paul Dillahay said.