To determine which companies should make the list, the Military Times conducted a rigorous survey to identify employers that support veterans and their families.

Over 35 percent of Vectrus employees have prior military experience, and Sr. Vice President and Chief Human Resources Office Frank Peloso says the company hopes to grow that number.

“We believe that veterans bring valuable experience and skills to our organization,” said Peloso, adding that they hope the award “gets the attention of those veterans currently looking to start a new career.  Being selected for this ranking demonstrates our commitment to hiring veterans and their families.” 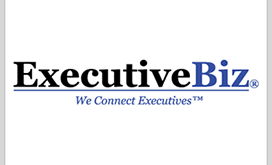 Local CEO Matthew Desch took over Iridium, based in McLean, Va., 12 years ago and … ASGN's ECS business has teamed up with search company Elastic to leverage the latter's open-source technologies and software-as-a-service offerings to build up the speed and security posture of its big data platforms. ECS said Wednesday it will use Elastic's technology platform to advance machine learning and build up reporting and monitoring in support of defense, federal civilian and commercial clients.