Brian Schettler, managing director of Boeing HorizonX Ventures, said in a statement published Wednesday the investment in Isotropic seeks to speed up the expansion of space-based connectivity services to the mass market.

Space Capital, Space Angels and WML participated in the Series A funding round, which raised $14M for Isotropic's technology offering.

Isotropic's satcom terminal is built to consume less power and works to regulate the radio waves' direction through the use of an optical beamforming technology. 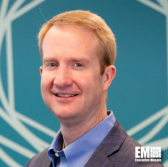