Kratos Defense and Security Solutions has facilitated an on-orbit spacecraft demonstration based on previous pathfinder studies to migrate a consolidated command and control system to a new architecture.

The 14th Air Force and the 50th Space Wing use CCS-C for consolidated telemetry, command and satellite communications tracking functions.

The test qualifies the EGS-equipped system for operational missions and supports USAF's goal of integrating satellite ground systems into one unified platform.

Millennium Space Systems, a Boeing subsidiary, provided a spacecraft for the demonstration, while the Swedish Space Corporation contributed a global ground antenna network. 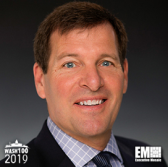