A Kratos Defense and Security Solutions subsidiary has developed a prototype network management system that allows military users to switch or "roam" from one satellite communications network to another.

Kratos RT Logic recently conducted a demonstration of its Enterprise Management and Control system using a satcom terminal commonly deployed by the U.S. government along with other hardware configured in a way that mirrors the typical government setup, Kratos said in a press release on Monday.

During the demo, the Enterprise M&C showcased, among other features, its ability to provide "automated access to multiple satellites and satellite networks, operated by multiple service providers," the press release noted.

The Department of Defense has around 17K satcom terminals. The demo showed that the DoD's existing terminals can be easily modified to increase warfighter communication capabilities without the cost of procuring new hardware, Mike Rice, Kratos vice president of satellite ground systems, pointed out.

The demo was part of a U.S. Air Force project that seeks to increase military communications resiliency and lower its cost. 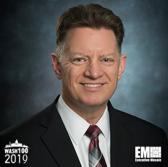