Kennedy noted that the company would have to produce sensors used to track hypersonic platforms and develop a vehicle that can thwart incoming weapons as part of its hypersonic defense goals.

The company plans to operate its hypersonic development efforts under its missile systems business, the largest of its divisions with reported $8.3B sales in 2018. 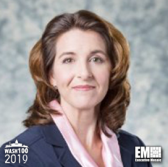