The CIA wants to expand competition across the industry to provide the agency with cloud-computing services to manage unclassified and secret information, Bloomberg reported Friday.

The agency detailed its Commercial Cloud Enterprise initiative to vendors in the past week, which aims to procure services from multiple tech companies to support its missions across the world.

C2E will give companies the chance to compete with Amazon Web Services, which has been the major contractor for CIA over the past years. AWS currently has $600M in contracts from the agency.

“The intelligence community, with this approach, recognizes the value of cloud diversity and the advantages of a hybrid, multi-cloud approach,“ said Ray Spicer, director of defense and intelligence at IBM's federal business. “That's the way the majority of the industry is operating today and throughout the world.“

CIA plans to issue the draft contract requirements in January 2019, followed by the final request for proposals in May 2020 and the first contract a year after, according to government documents provided to industry.

Each contract is expected to have a five-year based period, with options for extended services.

Potential vendors for the C2E contracts include IBM, Microsoft and Oracle.

Interested parties can still submit responses to the CIA for the C2E program's scope and strategy. 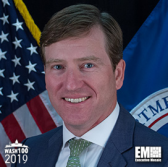 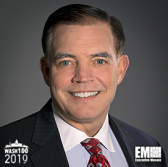