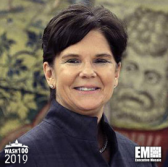 Executive Mosaic is pleased to announce Phebe Novakovic, chairman and CEO of General Dynamics, as an inductee into the 2019 Wash100 — Executive Mosaic’s annual selection of the most influential voices in the government contracting arena — for helping to secure multiple contracts and supporting organic growth at the company.

This marks the fifth Wash100 Award for Novakovic.

Since Novakovic assumed the leadership role in 2013, the company has recorded year-over-year growth in earnings per share, including revenue of $9.19B and net earnings of $786M during the second quarter of 2018.

General Dynamics received numerous contracts both in the local and international government contracting market during the past year. The company, based in Fairfax, Va., also completed the nearly $9.7B acquisition of CSRA to expand its presence in the information technology sector.

Novakovic said the deal enables General Dynamics to support the ongoing data system modernization involving the intelligence community, the Department of Defense and federal civilian agencies. She added that the acquisition helps the company focus on enterprise IT platforms and high-end professional services.

Aside from its IT portfolio, General Dynamics also aimed to increase investment in its Connecticut operations to support production of 12 Columbia-class ballistic missile submarines for the U.S. Navy.

The company intends to provide $850M for the facility and increase its workforce to accelerate annual production of submarines to three new vessels by 2021. General Dynamics also plans to hire 1.9K employees in New London and Groton over the next 17 years to bring its total state workforce to 13K people.

“We began material purchases early this year to support construction on the first ship for Columbia (ahead of) full construction in 2020,” Novakovic said.

General Dynamics is also working on ground combat vehicle prototypes for the U.S. Army under a $335M contract. The company will help produce Mobile Protected Firepower vehicles, which include low-rate initial production options. The project is expected to be completed in 2025.