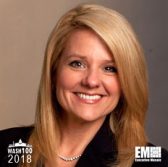 Executive Mosaic is pleased to announce that Gwynne Shotwell, chief operating officer and president of SpaceX, was selected as an inductee into the 2019 edition of the Wash100 — Executive Mosaic’s annual selection of the most influential voices in the government contracting arena — for helping the company innovate and develop groundbreaking space technology. This latest honor marks her third consecutive win.

The Air Force awarded SpaceX a potential two-year, $130M deal in June to provide launch operations, integration, spaceflight worthiness and other activities for the Air Force Space Command-52 satellite. The contract is the fifth competitive procurement made through the Phase 1A strategy and is scheduled to launch in fiscal year 2020.

The SpaceX Dragon spacecraft delivered nearly 6,000 pounds of crew and research supplies for its 16th supply run to the International Space Station on December 10th. Aboard the spacecraft is Slingshot, a small system designed to deploy up to 18 CubeSats once Northrop Grumman’s Cygnus spacecraft leaves the orbiting laboratory.

After winning the 2017 Satellite Executive of the Year, Shotwell said, “I love awards like this because it showcases all the talent that we have working at SpaceX. They get excited when they read these things and their achievements are recognized. From a leadership perspective, receiving an award like this is an honor, and it’s a nod to the great work our employees are doing.”

Shotwell joined SpaceX in 2002 as “employee No. 7” and has worked with Elon Musk for the last 16 years. During her first six years she served as the vice president of business development. Shotwell manages the day-to-day operations for SpaceX and played a significant role in growing the company from a handful of employees to 6,000 and earning a valuation of $28B.

“When Elon says something, you have to pause and not immediately blurt out, ‘Well, that’s impossible. There’s no way we’re going to do that. I don’t know how.’ So you zip it. You think about it, and you find ways to get that done,” Shotwell said during an interview with CNBC. “I always felt like my job was to take these ideas and kind of turn them into company goals, make them achievable, and kind of roll the company over from this steep slope, get it comfortable.”