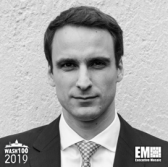 Executive Mosaic is pleased to announce that Michael Kratsios, deputy U.S. chief technology officer and deputy assistant to the President at the White House’s Office of Science and Technology Policy, was selected to join the 2019 edition of the Wash100 — Executive Mosaic’s annual selection of the most influential voices in the government contracting arena — for his leadership in the development of quantum, artificial intelligence and other technologies designed to enhance business operations.

Kratsios advises the president on a range of technology issues and sets priorities and strategic initiatives for technology development. Under his leadership, the White House Office of Science and Technology Policy is responsible for managing the development of newer technologies with the Trump Administration’s priorities. Kratsios encourages American companies to adapt to new technology while expanding the necessary tools to succeed.

The Interagency Select Committee on Artificial Intelligence discussed efforts to boost AI research, training and partnerships during its inaugural meeting in June. Kratsios said the government provides full support for research and development in AI. The committee examined how to collaborate with AI-based organizations and establish an ongoing policy.

Kratsios stressed the need for federal agencies to collaborate with the private sector and academic institutions on artificial intelligence research in July following requests for the White House to provide information to trade groups about the ethics, transparency and fairness of its AI policy.

After Trump signed a memorandum to develop a national policy to facilitate wireless communications advancement with 5G technology, Kratsios noted the next generation of wireless networks will work to process larger amounts of data than the current 4G LTE networks. He wrote that the Trump Administration hopes to maintain the development of its technology, drive employment and economic growth and increase national security efforts.

Prior to serving in the White House, Kratsios was a principal at Thiel Capital. During his tenure, he invested and advised numerous technology companies. Before graduating from Princeton University, Kratsios interned for Sen. Lindsey Graham. He also worked for Barclays Capital and Lyford Group International and was chief financial officer for Clarium Capital Management.