Lockheed Martin has completed the initial delivery of a new search-and-rescue aircraft to the U.S. National Guard. The HC-130J Combat King II aircraft is the first of four to be delivered.

The HC-130J will be used to refuel the Sikorsky-made HH-60G Pave Hawk helicopters belonging to the New York Air National Guard.

The fixed-wing platform is designed to perform airdrop, airland and air-to-air refueling in austere conditions. The aircraft is also expected to be used in disaster response and humanitarian missions.

The U.S. government is using C-130J variants as common recovery aircraft in the U.S. Air Force, the U.S. Marine Corps and the U.S. Coast Guard. 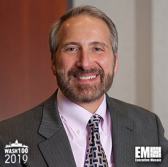