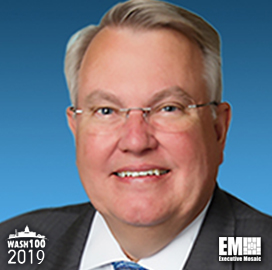 Executive Mosaic is pleased to announce Richard White, the president of SSL Government Systems, has been selected to the 2019 edition of the Wash100 “” Executive Mosaic's annual selection of the most influential voices in the government contracting arena “” for his efforts to innovate spacecraft technology and revolutionize humanity's exploration of space. This marks his first Wash100 Award.

In July, White asserted that developing on-orbit servicing technology can accelerate space innovation efforts and support future missions. He believes on-orbit satellite servicing could transform the basic principles of how industry and government use and regard satellites. He cites efforts by SSL to build a servicing spacecraft through a contract with the Defense Advanced Research Projects Agency as part of the Robotic Servicing of Geosynchronous Satellites program.

Under White's vision, SSL continues developing innovative space technology such as antenna subsystems for the U.S. Air Force's Space and Missile Systems Center to secure tactical satellite communications. White aims to create, analyze and test these prototypes as a part of a military satcom resiliency demonstration effort that could help accelerate the development and integration of platforms that can support the DoD's national security efforts.

Maxar Technologies announced the subsidiary will develop the In-Space Xenon Transfer for Satellite, Servicing and Exploration Vehicle Replenishment and Life Extension technology in October to facilitate on-orbit fuel transfer in space. White believes the technology will ultimately help to “build a better world and propel humanity's exploration of space.“

White joined SSL in October 2016 and served as senior vice president of business development systems for one year before assuming his current role as president. Prior to his time with SSL, White was the CEO of the Capstone Corporation, a privately held services provider to federal agencies.

White also served in several senior management positions with the Harris Corporation from 1999 to 2013. He's also affiliated with the Armed Forces Communications and Electronics Association, the Intelligence and National Security Alliance, the National Defense Industrial Association, the Space Foundation and the U.S. Geospatial Intelligence Foundation. White graduated from the University of Toledo with a bachelor's degree in mechanical engineering, a master's degree in mechanical engineering from Purdue University and an MBA from the Florida Institute of Technology.

This year represents our sixth annual Wash100 award selection. The Wash100 is the premier group of private and public sector leaders selected by Executive Mosaics organizational and editorial leadership as the most influential leaders in the GovCon sector. These leaders demonstrate skills in leadership, innovation, achievement, and vision. 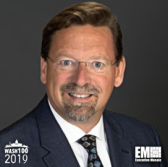