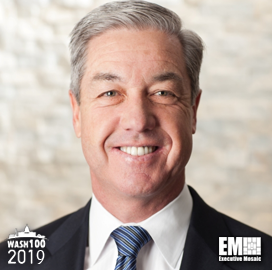 Executive Mosaic is pleased to introduce Jerry DeMuro, president and CEO of BAE Systems Inc., as an inductee into the 2019 edition of Wash100 “” Executive Mosaic's annual selection of influential leaders in the government contracting arena “” for leading and delivering sustainable value for BAE Systems.

This honor marks the third time that DeMuro received a Wash100 Award.

DeMuro joined BAE in 2014 and manages more than 32,000 employees for a company that generate sales revenues of approximately $10 billion and helps the company deliver a full range of products and services across a portfolio for air, land, naval forces, advanced electronics, security, IT solutions and support services.

He stated during an event hosted by Defense One in June 2018 that the company's efforts are meant to align its portfolio with the Department of Defense priorities based on authorized budgeting.

“What we tell our people and what we try to focus on are facts and not rhetoric,“ DeMuro said.

He added that the company participates in meetings with legislators and works with various organizations to “understand where our market is headed and target our business accordingly.“

During his tenure he advocated for strategic initiatives to maintain a steady cash flow and shareholder value for the company. He said his long-term goal was delivering sustainable value.

Previously, DeMuro was a corporate vice president at General Dynamics and executive vice president of the company's information systems and technology business. He was responsible for an $11 billion, 44,000-employee information systems and technology group. DeMuro held a range of senior leadership roles with GTE Government Systems and joined General Dynamics after GTE was acquired by the company in 1999. He served as an acquisition official at the Department of Defense for nearly a decade.

He earned a bachelor's degree from the University of Pittsburgh and an MBA from Fairleigh Dickinson University.

Executive Mosaic congratulates Jerry DeMuro and the BAE Systems team for their selection to receive this award. 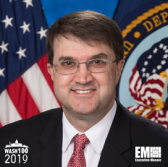