Eric Trexler, vice president for global governments and critical infrastructure sales at Forcepoint, wrote in a commentary published Tuesday on Federal News Network that the Continuous Diagnostic and Mitigation program's transition to the third phase – Dynamic and Evolving Federal Enterprise Network Defense – could provide agencies an opportunity to address interoperability and modernization challenges.

Such challenges were revealed in a survey of more than 200 federal civilian IT leaders conducted in August with research firm Market Connections.

“DEFEND can essentially be seen in part as a funding platform for modernization allowing agencies to fund innovative new technologies,“ Trexler wrote. “With the resources provided through DEFEND, agencies can replace disparate ineffectual and costly legacy technologies.“

He noted that at least half of respondents cited risk-adaptive security as a top priority for their agencies and that majority of them considered it “as an ideal complement to Phase 3, which focuses on user behavior and calls for ongoing assessment of risks and security policies and automated threat analysis.“

Trexler also mentioned the difference in perspective between implementers and managers when it comes to the effectiveness of CDM as well as the optimism expressed by survey respondents once all the phases of the program are launched. 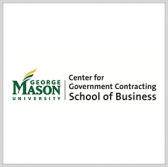