Sean Berg, a senior vice president and general manager at Forcepoint, has said that amid the growing use of cloud and automation in the government, agencies should focus on analyzing how employees interact with data to better secure information.

Federal officials should monitor how their employees use government systems and behave, particularly those who work on sensitive information, Berg said in an opinion piece published Tuesday on FedTech Magazine.

He noted the rise of cloud created new challenges to secure information, with data losing visibility due to being highly dispersed in cyberspace, while traditional security, like firewalls and endpoint protection, became less effective.

“All of this adds up to a rich landscape for potential exploitation,“ said Berg, who leads global governments and critical infrastructure at Forcepoint. “Adversaries don't see confusion; they see opportunities at intersection points where employees interact with data as it passes between their on-premises and hosted environments.“

He then called on agencies to expand access to data at the same time improve how officials monitor user interactions to avoid interference.

Automation could help in the process by reading behavioral patterns of employees at work. Berg said the technology can help predict anomalies and speed up response of officials.

“By focusing their security efforts on monitoring user behaviors, agencies can effectively enlist users in the fight to protect that data. In doing so, they can turn the users that hackers may see as a vulnerability into their organization's greatest cybersecurity assets.“ 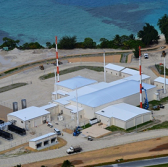