Boeing's Insitu subsidiary has received a $23M contract modification from the U.S. Special Operations Command to provide intelligence, surveillance and reconnaissance services for the Mid-Endurance Unmanned Aircraft System 1.5B program.

The modification brings the cumulative value of a previously awarded indefinite-delivery/indefinite-quantity contract to $273M and is meant to prevent a gap in ISR services until SOCOM transitions all task orders to the competitive MEUAS III contracts, the Department of Defense said Friday.

SOCOM will initially obligate $7.3M in fiscal 2019 operations and maintenance funds for the modification. 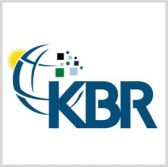