Maxar Technologies has delivered satellite imagery data to NASA's Earth Science Division for use in a variety of research programs that aim to address climate change.

NASA intends to use the data to support four programs around the world.

In North America, Arctic-Boreal Vulnerability Experiment (ABoVE) seeks to study the resiliency of Alaskan and western Canadian ecosystems amid environmental changes.

In Africa, Vegetation Monitoring and Biomass Estimation engages scientists who aim to study the low-land vegetation of Sub-Saharan Africa and determine their carbon levels.

DigitalGlobe, a Maxar business, received the contract on behalf of Maxar in 2018. 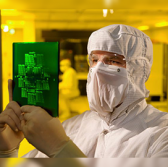