The test chamber used heater panels and liquid nitrogen shrouds to simulate both hot and cold temperatures of space. Engineers used the spacecraft's flight sensors to monitor electrical functionality during the test.

When completed, the James Webb Space Telescope will work to explore the solar system and planets revolving around other stars over the next decade. 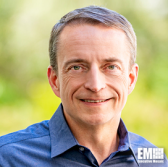