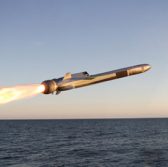 Rheinmetall and metal components producer Fraen have formed a joint venture that will develop and manufacture military fuzes in the U.S.

Rheinmetall said Monday it will own a 51 percent stake in Rheinmetall Fraen Fuzes and Fraen will hold the remaining 49 percent share in the new JV.

The formation of RFF JV supports Rheinmetall“™s continued expansion in the U.S. defense technology market and backs the company“™s strategy to secure procurement orders in the U.S. weapon and ammunition sector.

Darren Klein will serve as CEO of RFF, which will be collocated with Fraen“™s Reading, Mass.-based headquarters.