Lockheed Martin's Sikorsky subsidiary has received awards from the Vertical Flight Society in validation of the company's efforts in rotocraft technology.

The organization awarded three teams and four individuals from Sikorsky during the 75th Annual Forum and Technology event, Lockheed said Thursday. They were recognized for various achievements, including: vertical flight pilot skills, research and development of flight technology, and facilitating international cooperation by creating, testing and delivering search and rescue aircraft to the Chilean Air Force.

“We are proud to be at the forefront of many emerging technologies and we look forward to continuing to develop and advance the future of vertical flight,“ said Mike Ambrose, vice president of engineering and technology at Sikorsky.

The company noted that its founder, Igor Sikorsky, was recognized as one of VFS' first honorary fellows in 1944. 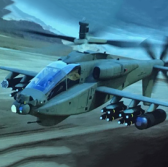