The Defense Advanced Research Projects Agency selected Johns Hopkins University Applied Physics Laboratory for a program to develop a wearable, nonsurgical brain-machine interface that will be tested in the medical, aerial and cyber defense scenarios.

APL will work to establish a noninvasive and bidirectional BMI under the agency's four-year Next-Generation Nonsurgical Neurotechnology research and development project with the aim of eventually producing a wearable BMI platform, APL said Monday.

The lab intends to apply optical signature recording to process changes in neural activity. Prosthetic limbs, drone swarms and a real-life cyber threat exercise are planned for its series of demonstrations.

Michael Wolmetz, program manager for APL, said the joint effort to create a nonsurgical interface will extend the benefits of implanted BMIs such as memory and mood improvements, pain relief, movement and communication assistance to the wider population.

APL is one of six multidisciplinary entities, which include Battelle and Teledyne, that DARPA chose in May to support the N3 effort. 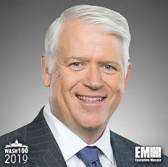