L3 Technologies has won a five-year, $41.5M contract to deliver off-the-shelf hardware and software that will support the U.S. Navy's connectivity needs for the Battle Force Tactical Network, which will be utilized by U.S. and allied forces for tactical and secure information exchanges.

The company will provide the Navy with high frequency internet protocol and subnet relay hardware and software for the BFTN, and work will take place in Camden, N.J., through June 2024, the Department of Defense said Tuesday.

The service branch will issue funds per delivery order. 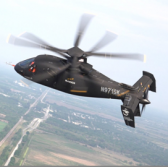