The company said Monday it placed the satellite into its payload fairing prior to the launch scheduled for June 27.

AEHF-5 will join the military's satellite constellation in orbit, which provides protected global communications for strategic command and warfighters in the field, air and at sea.

The network also supports operations of U.S. allies, including Canada, the Netherlands and the United Kingdom.

“The team has worked exceptionally hard to get us where we are today, preparing to launch SV5 less than a year after we launched SV4, and I am proud of their contributions to the program,“ said Mike Cacheiro, vice president for protected communications at Lockheed Martin Space.

“This is the result of commitment and dedication from the entire AEHF team and our partners at the US Air Force's Space and Missiles Systems Center.“

Lockheed built AEHF at its production facility in Sunnyvale, Calif. 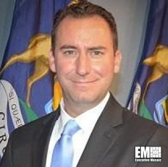