Thirty-one percent of more than 5K citizens from five countries who responded to a survey by Accenture said they do not use or are unaware of digital government services.

Accenture said Tuesday it collaborated with Market Strategy Group to conduct in April an online survey of citizens in the U.S., Germany, Australia, Singapore and the U.K. about their engagement with government digital services and found that 61 percent of the respondents said they are satisfied with their experiences when it comes to the use of such services.

“One of the first steps governments can take to create a better public perception is to simply bring services online and to promote the services currently available on a digital platform,“ said Mark Lyons, head of Accenture's public service business.

At least 50 percent of respondents said they would ramp up their use of digital services offered by the government if they could access such services through an online platform and 67 percent said they consider ease of interaction as the most important when using online government services.

The survey also showed that 55 percent of citizens said they would increase the use of digital services if their governments used artificial intelligence to facilitate the delivery of online services.

Fifty-four percent of respondents said they want government services to offer citizens with more options to personalize their user experiences, while 56 percent said they prefer proactive content from government applications. 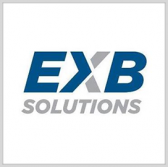