Boeing ordered a total of 60 assemblies for integration onto the tiltrotor's aft fuselage at a company facility in Philadelphia,  Triumph said Tuesday.

The structures are manufactured at Triumph's Composites Center of Excellence in Milledgeville, Ga., which also produces sponsons, main landing gear doors, wiper fairings and other fuselage structures for the military aircraft.

Boeing's joint venture with Textron's Bell subsidiary will build multiple variants of the aircraft for three U.S. military services and Japan under a $4.2B contract awarded in late June. 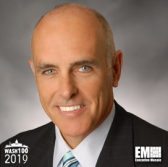