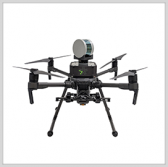 Autonomous robot systems developer Exyn Technologies has secured $16 million in a round of Series A financing led by Centricus and backed by In-Q-Tel, Yamaha Motors Ventures, Corecam Family Office, IP Group and Red and Blue Ventures.

Philadelphia-based Exyn said Thursday it will use the investment to accelerate technology development efforts, build up its client base, develop new offerings and expand its global reach.

Exyn CEO Nader Elm said the company has demonstrated the potential of its A3R systems to increase productivity and reduce individuals’ exposure to unsafe conditions in the mining industry.

“And that’s just one application. We are only beginning to scratch the surface of how impactful true autonomy will be,” Elm added.

The latest round brings the company’s total financing to over $20 million.