Fusion Power Associates has decided to honor Edward Strait, a physicist at General Atomics, with the Distinguished Career Award in validation of his study of tokamak plasmas and contributions to fusion science.

The award, which Strait will officially receive in December, also seeks to recognize Strait's leadership and initiatives in the confirmation of predicted stability limits and the development of fluctuating and equilibrium 3D magnetic fields, the company said Wednesday.

Strait joined General Atomics in 1982 and managed research groups at the DIII-D National Fusion Facility. He also served as a chairman of the International Tokamak Physics Activity's Topical Group on Magnetohyrdodynamic Stability.

“This award is highly appropriate, given the many years of groundbreaking and prize-winning work by Ted, helping to keep DIII-D at the forefront of fusion energy science,“ said Jeff Quintenz, senior vice president of General Atomics' energy business. 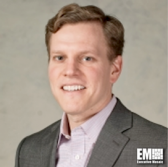