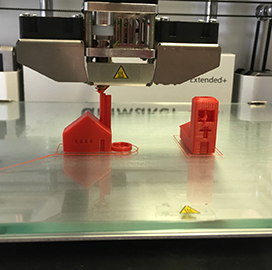 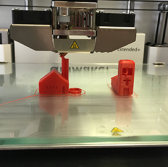 Rush briefed Bridenstine about the company's work on a small satellite called Archinaut One under a $73.7M contract awarded through NASA's Tipping Point program.

The satellite, which is scheduled for launch in 2022, has a robotic arm and a 3D printer designed to facilitate additive manufacturing of beams in orbit.

Bridenstine said the Archinaut One technology could be used to support the lunar Gateway program and other space exploration initiatives of NASA.

If the space agency and industry partners could “print things in three dimensions in space and then robotically assemble those things, those capabilities are going to be absolutely game changing for NASA and for our partners in the U.S. government and commercial industry,“ he said during the tour.